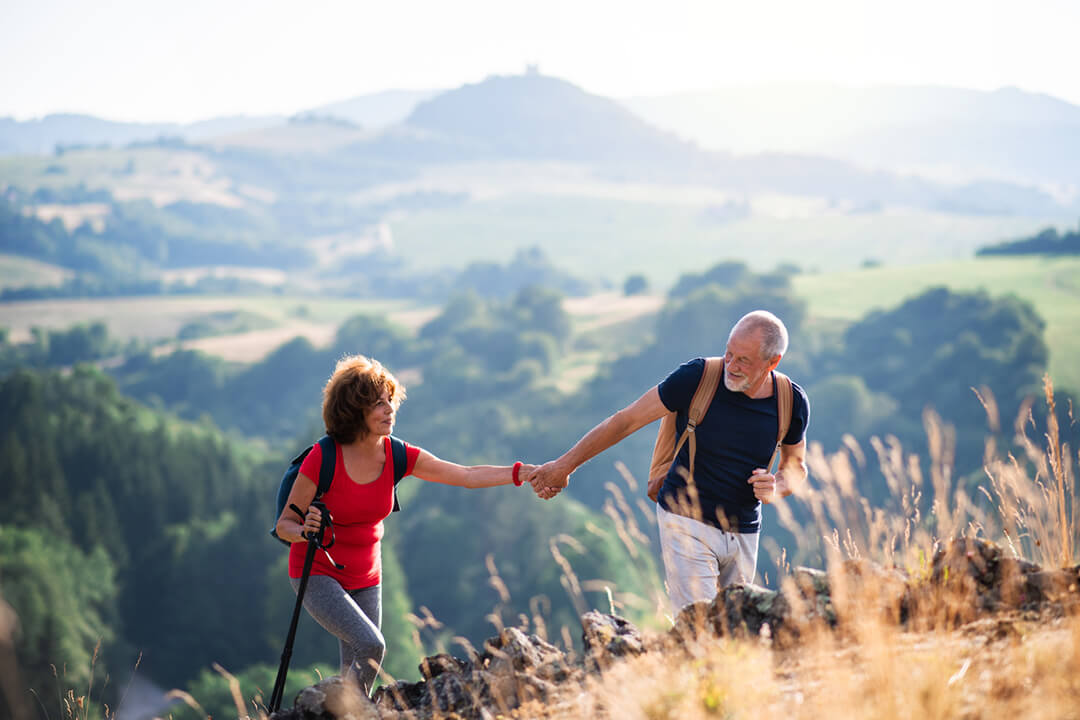 To Elena and Richard, being happy isn’t about fancy clothes or country clubs. It’s about spoiling their grandchildren and traveling when their bodies let them. Together, they were able to save throughout their careers and create several significant nest eggs, all while maintaining their eco-conscious lifestyle. As they enjoy their golden years, they want to be sure they have a sound plan and enough assets to take care of their children and also leave a legacy to non-profit organizations they believe in.

Elena and Richard
Saving as much as possible inside of their 401ks and outside savings early on enabled the couple to live the retired life they always imagined.

Invested For
Clean alternative energy, NO fossil fuels and Green bonds that generate income off of their portfolio.

About a year before retiring, they looked at each other and said “Wow, we both saved more then we could have ever imagined”. "That opened the door to retiring," says Elena. "It wasn’t a long thoughtful process. We worked so hard for all those years, when we were told, ‘it’s ok to enjoy the fruits of your labor’, we knew it was time”.

Richard worked 25 years for a Marin County based technology firm. He was able to not only contribute into a 401k plan they offered, but he also benefited from receiving company stock throughout the years. Though he has since sold most of the company stock, the result is both having a tax-deferred IRA account along with a separate brokerage account to hold the proceeds from the company stock. Elena was an executive at a large marketing firm for about the same amount of time. She continually maxed out into her 401k plan at work.

They both share the love of travel, so their retirement revolves around getting out. Richard does enjoy going on domestic US-based camping excursions while Elena opts for the more far fetched international travels. Though they both manage to get in a few trips together, sometimes they do their own solo treks. “Sometimes in a long relationship such as ours, absence makes the heart grow fonder”, says Richard. One thing they do share a common bond with is their affection for supporting non-profits that are focused on the environment.

Along with having about a 50/50 split between fixed income and equities, one key reason they shifted their assets to Sustainvest was because they wanted to be sure that their nest eggs were not supporting issues that didn’t agree with their own values. Sticking to a fairly set amount of expenses each year, while not indulging in big ticket items, has set them on a stable retired lifestyle path they are enjoying all while feeling good about where their money is invested.