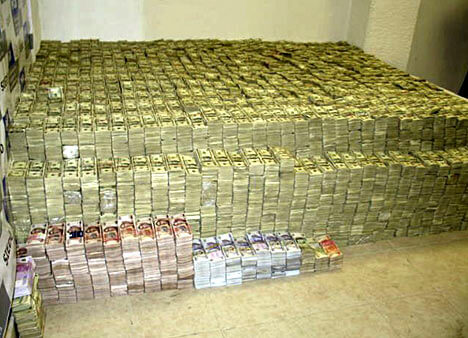 Congrats Elon. Well, not really but…in light of the recent news that Tesla CEO Elon Musk earned the first portion of an incentive-based stock payout which is comprised of 1.7 million shares of Tesla valued at about $775 million, perhaps now is an opportune time to discuss CEO pay versus the average employee and something called the Pay Ratio Rule.

First off, there are a few items to clear up before we go into the details of some of the largest companies on the list below. One, these are publicly traded companies.  We all have a right to laugh, chuckle, or flip the bird at the computer screen at these jarring numbers because these companies signed up for it. Once a company goes public, they are owned by you, the public (after you buy 1 share of course).  They do this so they can grow and rely on the public’s help (buying their stock) to do so.  And two, while we believe in hard work and earning a buck or two, one still has to question the amazingly disproportionate amount of money some of these CEOs make relative to the employees.  Whether it’s a salary or just gifted stock, I mean Microsoft is a great company but does the CEO deserve making $807,000 a week or $13,700 an hour?  Probably not.

Which leads to this.  CEO pay of publicly traded companies has always been public information.  But only recently were each of these companies required to disclose how the bosses pay compares to the average employee.  The pay ratio rule was mandated in the Dodd-Frank Act, signed by President Obama in the aftermath of the financial crisis in 2010. Then, seven years later in 2017, the SEC finally approved guidance for companies outlining how to implement with the rule.

Below is a list of random everyday consumer companies and their pay ratio information. We also computed an hourly rate. We guesstimated that the CEOs worked a 60 hour week, while the median employee worked a 40 hour week (actually giving the CEOs the benefit here). Of course, many of these companies have part-time employees so the hourly rate is just an average overall.

Certain organizations continue to lambast the ruling, but in our opinion, this information brings transparency to public corporations’ compensation strategies benefitting both workers and investors. If these companies want to revert back to becoming private entities, then they can sure do so and would not have to disclose any of this information.  The point of this article is just to shed some light on executive compensation and also to let investors know this information is indeed available. Clients of Sustainvest even own some of these stocks, so this isn’t an article saying, don’t invest in them (though nothing implied in this article is a recommendation). But, perhaps one day there will be a CEO of one of these large companies who intentionally lowers their pay based upon what their average employee makes? Sure would look good on their resume or curriculum vitae.

If you are interested in finding this information for yourself inside of the company’s proxy statement, here are the steps to do so: